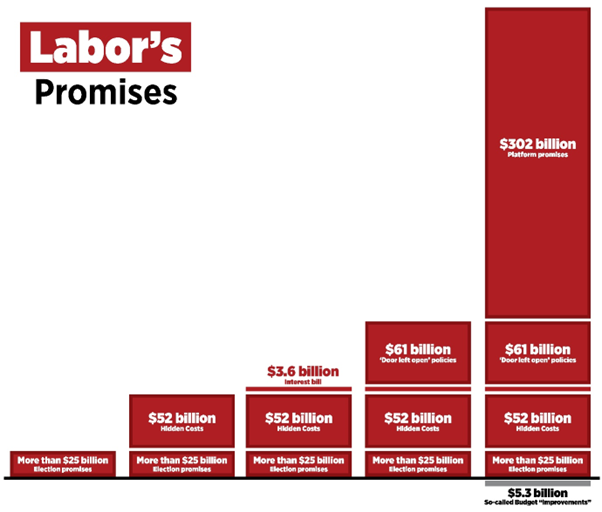 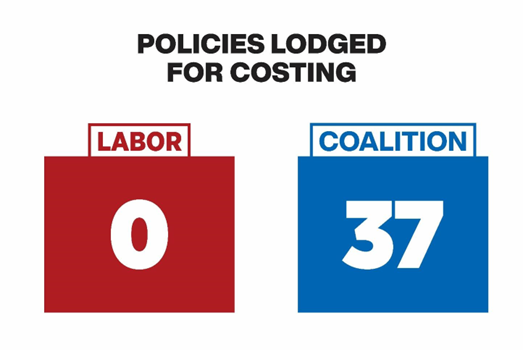 Labor has no economic plan.

And not a single balanced budget.

The best economic document Albanese’s Labor can produce is a 13-page pamphlet supporting higher taxes on mining, uncapped public service staffing and yet another review.

The document gives the green light to uncapped “...spending to generate a Budget position that will allow us to reduce debt as a share of the economy over time”.

At the last election, Bill Shorten said we could tax our way into surplus.

Now Albanese is saying we can spend our way out of debt.

In an election about jobs, Albanese doesn't know the unemployment rate.

In an election about the cost of living, Albanese doesn't know the cash rate.

And in an election about economic management, he has not put forward a single policy for independent costing by either the Parliamentary Budget Office or the Treasury and Finance departments.

Labor can’t say how they’ll pay for their promises.

The Labor leader was part of a government that cut defence spending to the lowest level since 1938 as a share of the economy.

On major policy issues – like border security, taxes, mining and energy – Albanese flip-flops. He’s too weak to stand up to the unions, the Greens or fake independents.


Labor would have spent over $80 billion more during the pandemic, including $6 billion of taxpayers’ money for Australians to get vaccinated, even though they'd already been vaccinated.

Labor’s spending includes more than $25 billion of election promises, $52 billion in hidden costs, $61 billion in “door left open” policies and $302 billion in so-called “platform” promises, the details of which will be kept from Australians until after the election.

But we know how Australians will pay.

Labor will dust off the $387 billion of higher taxes they promised at the last election.

The Australian people have the choice between the Morrison Government that is delivering a strong economy and a stronger future or Anthony Albanese’s Labor Party that just does not get the economy and is too weak to stand up to the Greens or the unions.

Election promises – more than $25b