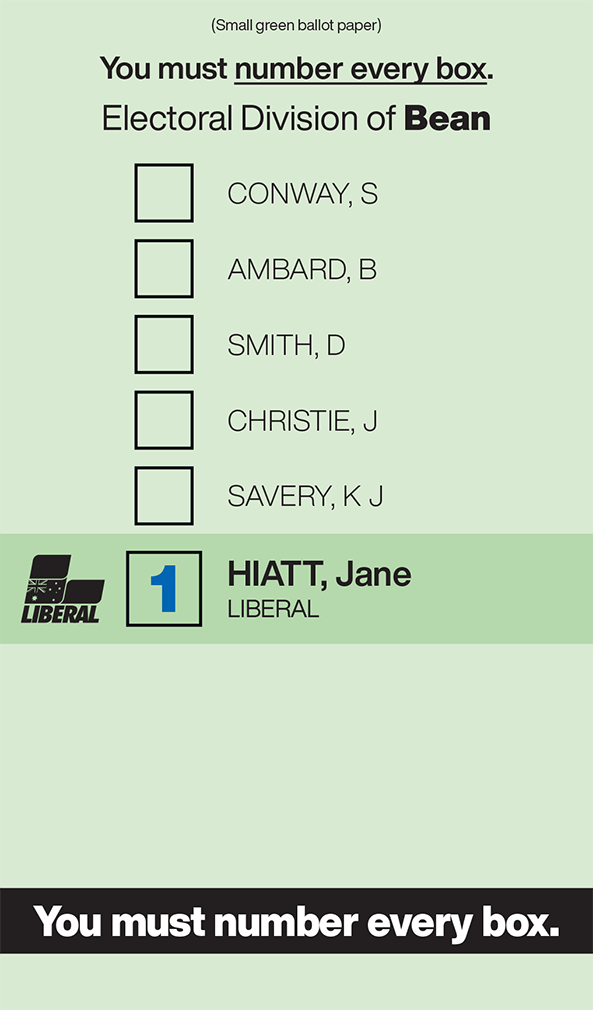 How to Vote for the Liberals in the Senate:

Jane Hiatt is the Liberal candidate for Bean.

As a resident of Canberra’s south for over 30 years, Jane has been an active community member. She has served as President of the Calwell Primary School P&C and coached her son’s junior Tee Ball team.

Jane has held board positions for educational and community organisations.

Jane is also a keen runner, having completed over 24 marathons and ultra-marathons. Jane completed the Bravehearts 777 Marathon (seven marathons, in seven days, in seven states). This raised money to prevent child sexual assault and exploitation.

Jane is passionate about ensuring more opportunities for the next generation to build a better future.